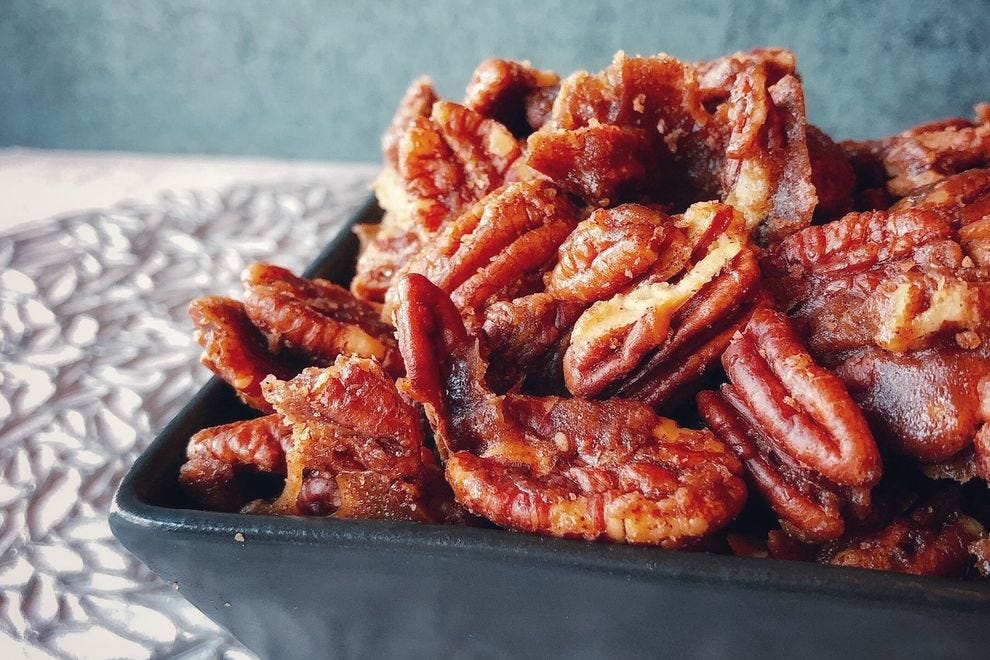 I can still see my father sitting in his favorite chair, a bowl in his lap alongside a bag filled with cracked pecans. I assumed he purchased the cracked version instead of the whole because they’d be easier to shell, but it was still a laborious task.

Painstakingly slowly, he would extract each piece of nutmeat from the broken shells. I would sit on his footstool to help, but most of the pieces I pulled out went directly into my mouth. After what felt like hours of shelling the nuts, a small bowl of both pieces and whole pecans waited to be incorporated into a favorite recipe.

Although shelled pecans are much easier to purchase recipe-ready, shelling pecans brings a fresher product alongside a tradition reminiscent of slower times. Luckily for home chefs, the United States, the southern parts in particular, is the largest producer of pecans in the world. With access to a bounty of pecans, Southern cuisine revolves around this tasty, versatile, and seasonal food.

Not your average nut

This succulent, slightly sweet nut from the hickory genus is the only nut tree native to North America. Technically, it’s not truly a nut, but rather a drupe – a fruit with a single stone or pit, surrounded by a husk. They grow in abundance in the southern states – Georgia, Alabama, Texas, New Mexico and Oklahoma are all large producers.

They’re so bounteous in the South as the trees like long, hot summers with harvest generally in mid-October, just in time for Thanksgiving pies and topping sweet potato casseroles.

Pecans are also in the category of “good” fat, mostly monounsaturated, low in carbs, high in fiber, and thus especially popular for low carb snacking. The nuts are nutritious providing 19 vitamins and minerals, high in B vitamins and manganese. And they may just be a heart-healthy addition to any diet.

If you’re not snacking on them whole, favorite recipes using the pecan include pecan pie, praline candy and cookies.

The word “pecan” is an Algonquian word, meaning “a nut requiring a stone to crack.” 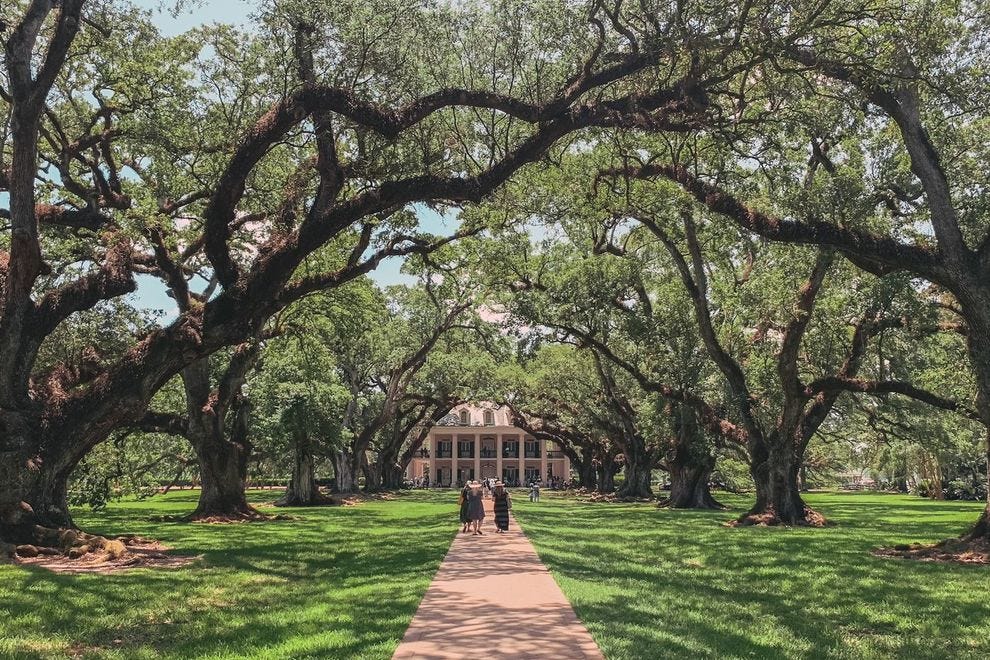 The history of the pecan is just as fascinating. Theresa McKinney operates a travel blog called Fueled By Wanderlust and says touring a plantation gave her a new insight into the pecan and its history.

“While visiting the Oak Alley Plantation in New Orleans, I gained new insight into the pecan. In the early 19th century, a slave named Antoine, who lived on the plantation, became the first person to successfully graft a pecan tree. Thanks to his discovery, pecans were able to be cultivated on a large scale, while consistently producing the crop with its most desired traits. It is thanks to Antoine’s discovery that you can find pecan pie on every table at Thanksgiving, or that these nuts are such a common pantry staple,” says McKinney.

Georgia is the largest national producer of pecans, generating about 30 percent of annual pecan production in the U.S. but New Mexico, Oklahoma, Texas and nine other southern states grow pecans commercially as well.

In central Texas, San Saba calls itself the “Pecan Capital of the World” and is home to the world’s largest and oldest pecan tree, known as Mother Pecan. The tree is close to 200 years old. 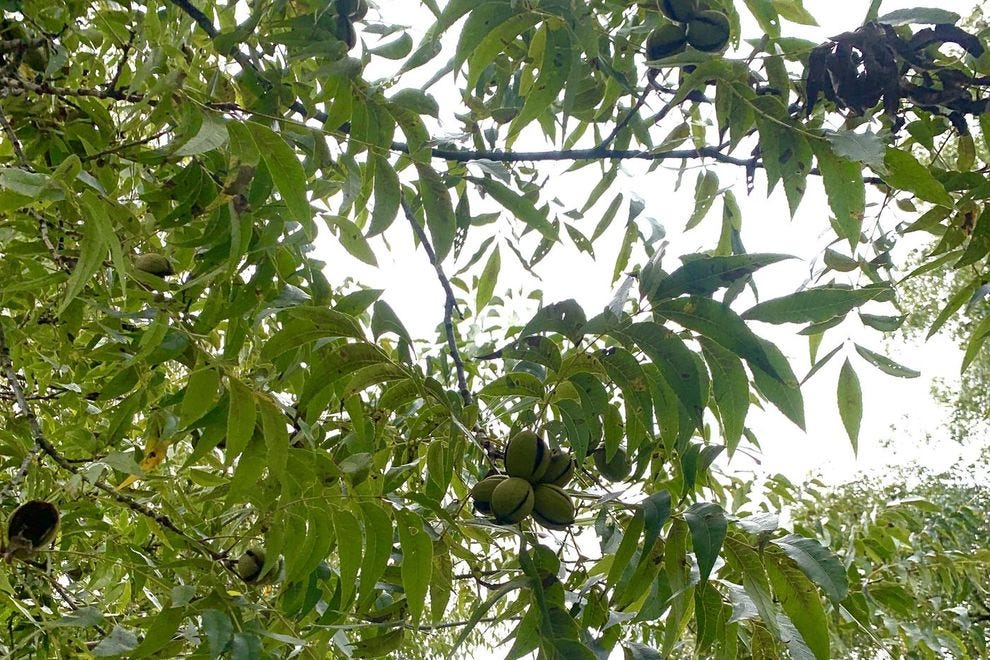 “As a pecan lover, I traveled out to the Pecan Capital of the world located in the Texas Hill Country,” says Jessica Serna, travel blogger at My Curly Adventures. “In San Saba, Texas, I got to visit the grandfather of pecans, the Millican Pecan Co, who helped create the modern pecan. I love how there are so many different varieties and that they’re full of rich nutrients.”

Starting a commercial pecan business isn’t for the grower in a hurry. It takes between seven to 10 years before a pecan tree begins to produce a full supply of nuts. It’s worth the wait, though, because once the process starts, a tree can sometimes produce for more than 100 years. 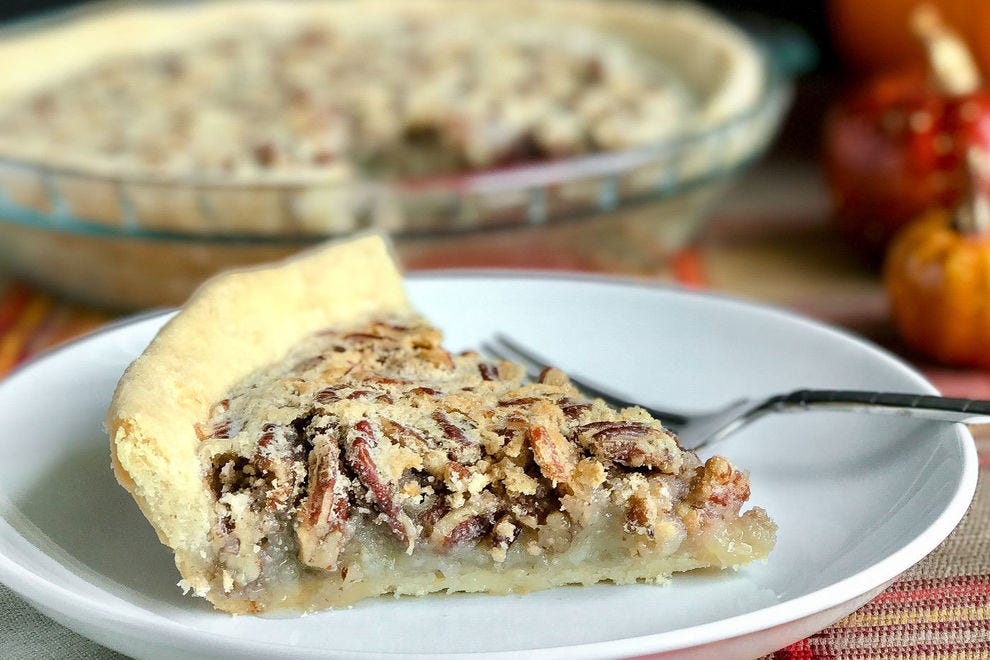 As great as pecans are when simply shelled and eaten whole, the pecan – with its availability and versatility – has found its way into many treasured southern recipes.

Kelly Kirkendoll is a Texas food blogger and the owner of Kitchen Gone Rogue. Her favorite recipe using pecans puts a new spin on the traditional pecan pie. “The Lemon Pecan Pie is one of my personal favorites because the lemon is subtle but cuts the sweetness of traditional pecan pie, letting the pecans shine (and not just the sugar).”

For the love of pecans: A celebrated nut

Nicky Omohundro, family travel writer and digital content creator at Little Family Adventure says of the trail: “Stop off at Julia Belle’s inside the Pee Dee State Farmers Market for a slice of their signature White Russian Pecan Pie which is unlike any other pecan pie you’ll ever eat.” 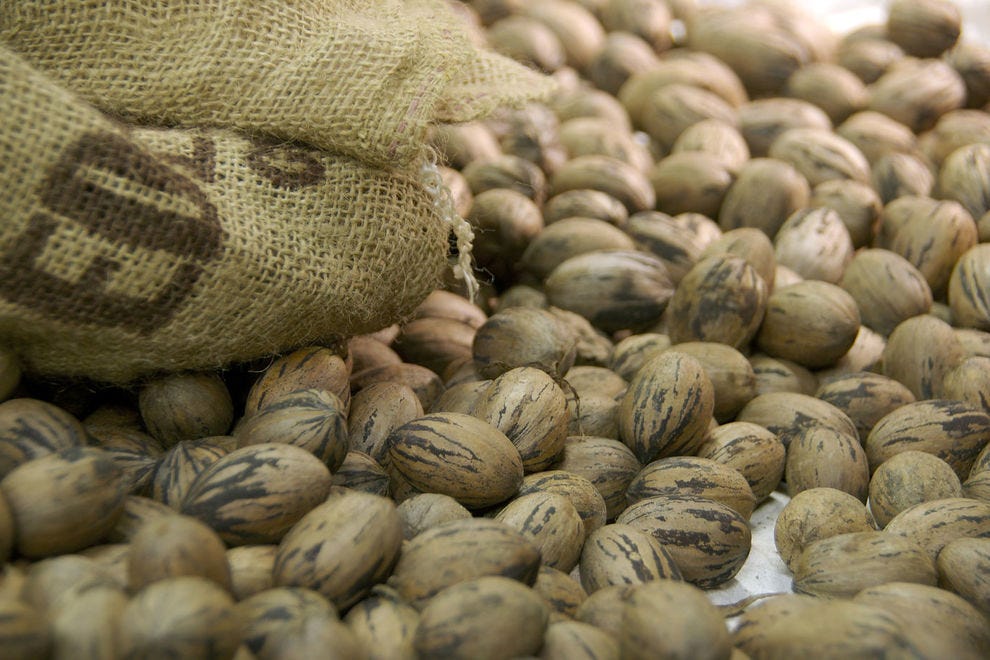 Pecans still in their shells — Photo courtesy of E+ / pelicankate

Many who grew up in the South have cherished memories about pecans. Jayda Atkinson grew up in New Orleans and remembers, “When I hear ‘southern pecans,’ I think back to happy childhood memories, growing up in the neighborhood of New Orleans – like watching old ladies sit on porches cracking pecans open, the pie man or pie lady, for that matter, who had all of us gathering coins to come up with a dollar to purchase a mini pecan pie or pecan candy to split, the big pecan trees we would play hide and seek under or find refuge from the sun. Today, I witness kids in these same neighborhoods, experiencing the sweet joy all over again.”

Amazon Grocery Expansion A Data Play To Claim More Share Of Wallet
Rev Run and Family Ride Elephants in Thailand on REV RUNS AROUND THE WORLD
Your weekly Adventure Agenda: Explore Australia from home
Do you know which salad greens are the healthiest?
US vs UK McDonald’s | Food Wars