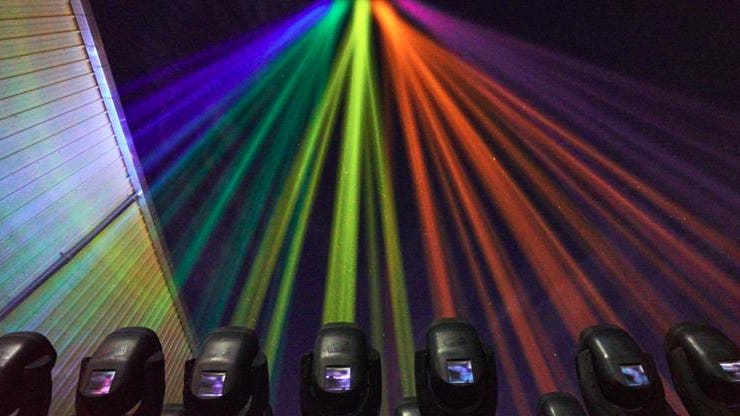 The Lower Manhattan skyline will light up Saturday night in the colors of the traditional Pride rainbow, in an illuminated tribute to the LGBTQ community and its 50 years of advocacy.

The rainbow light installation in New York City’s West Village, adjacent to the historic Stonewall Inn where a riot ensued 51 years ago, is not the brainchild of an activist organization or government agency.

It is the work of Kind Snacks, the company that’s more well-known for its bars filled with a mix of nuts, a variety of fruits and spices, honey and sometimes chocolate.

In a statement on a live stream website, set up to display the rainbow lights all around the world, Kind announced this installation is part of its Snack and Give Back Project, which goes on despite the pandemic postponing most LGBTQ Pride celebrations.

“Although Pride events around the world have been canceled, we continue to recognize the importance of this movement and remember its first trailblazers, many of whom were transgender people of color. We illuminate the sky and pay tribute to those that have marched to bring us justice while we continue the battle today.”

The display will be illuminated starting at 9:30 p.m. EDT through 4 a.m. Sunday.

In addition to lighting up the sky with a rainbow, the company is donating 100% of its net sales of the KIND® PRIDE bar to the Ali Forney Center, the largest non-profit organization providing shelter and healthcare services to homeless LGBTQ+ youths in New York City. Kind says it’s capping the donation at $50K.

“There has never been a more critical time for people to remember how Pride all began,” said Alexander Roque, president and executive director of the Ali Forney Center. “About 90% of the homeless LGBTQ youth we serve are people of color. The rights our youth have today are because of people, who looked just like them, protested and marched. We’re proud to partner with Kind and hope we can bring more awareness during this revolutionary time.”

In the recent decision by the U.S. Supreme Court guaranteeing protections from discrimination for gay and transgender workers, Kind Snacks was one of more than 200 companies that filed an amicus brief, in favor of plaintiffs Aimee Stephens, Gerald Bostock and Donald Zarda.

MAGICAL AVATAR KINGDOM
17 of the best outdoor pools and lidos in the UK
The Newest COVID-19 Restaurant Dilemma: How Long To Hang On
Where can we cruise once travel restrictions are lifted?
LA County Fair: Giant Curly Fry Cone & Chicken And Waffle On A Stick | Festival Foodies