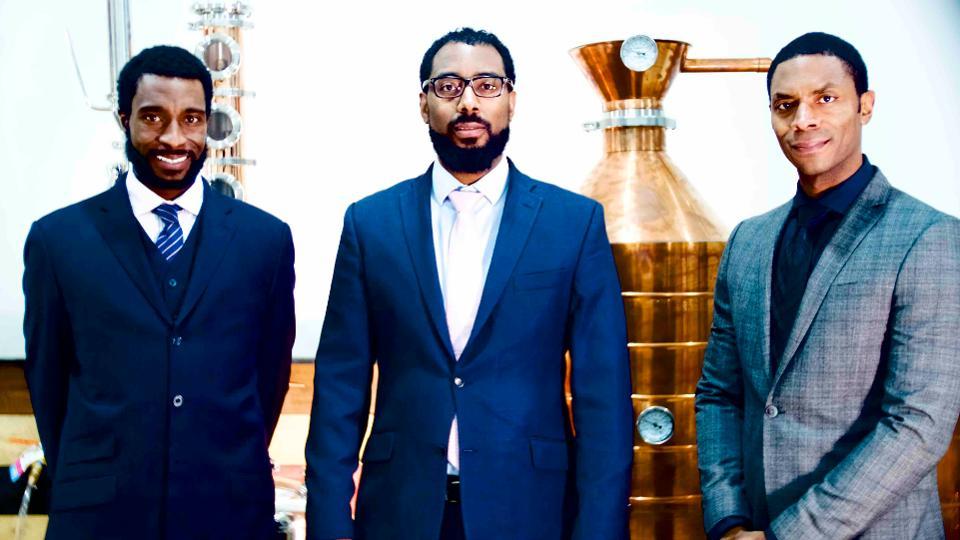 Brough Brothers made history earlier this year, becoming the first African-American makers of bourbon in Kentucky. The craft distillery in Louisville is the dream realized of three brothers, who’ve deftly managed to launch the brand just ahead of the global pandemic.

Victor Yarbrough and his brothers, Chris and Bryson, grew up in Louisville’s West End, occasionally fighting as kids, but mostly getting along. “At the end of the day, we’re family,” said Victor in a recent phone interview.

The vision to launch this very personal project began while Victor was living in the U.K., importing spirits from the U.S., and exporting hard cider to his home country. In that line of work, he identified an opportunity to create a bourbon whiskey that got attention because it was a true family operation.

“Coming from humble beginnings, having the chance to make history really pushed us to make it happen,” Victor said.

For now, Brough Brothers is a small, hands-on organization, with Victor — the oldest — serving as CEO, Chris handling marketing and direct sales and Bryson doing the distilling. Victor’s wife, Lydia, has also been instrumental in helping to launch the brand.

“We are the brand, that’s the critical distinction,” he said. “When we were out at trade shows ahead of the launch, people see us and want to talk to us.”

Brough Brothers’ first release hit the shelves just before states began encouraging people to stay home in order to try and slow the spread of COVID-19. “We were fortunate to get it into stores including Liquor Barn and Total Wine ahead of the pandemic,” Victor said. Now, they’re hearing from growing number of fans that it’s sometimes difficult to find it on the shelves because it’s so popular.

The classic whiskey is made with a combination of corn, rye and barley aged in barrels. It goes through a special filtration process that yields a smooth finish to complement flavors of green apple, pear and warm spices. Victor calls it a “party bourbon” because it’s a good fit for cocktails and rings up at a reasonable $27.

Look for a more serious sipper to become available down the road.

Big plans for the future

While starting as a boutique brand, Brough Brothers has big plans for the future. Spirits shoppers can now find the bourbon in Tennessee, Georgia, Ohio and Colorado. By the end of the year, it will be distributed in 25 states.

“We’re looking forward to expanding, but no matter how big we get, we’ll always bring it back to our goal of making artisan spirits with love,” Victor said.

That warm-and-fuzzy mission wasn’t an easy sell to at least one family member. The Yarbrough brothers’ mom, Edith, is a devout Christian and was deeply skeptical. But she’s warmed up to the idea, Victor said. “I think she was hesitant, but she’s seen that this project is about producing jobs and telling our story,” he said.

It also provides a platform to illuminate the contributions African-Americans have made through the history of spirits making through the ages. Like that of Nathan Green, aka Uncle Nearest, the first master distiller at Jack Daniel’s, whose name now appears on a special release of Tennessee whiskey.

What it’s like flying across the US right now
Cruise and coronavirus under the spotlight in new documentary
New Releases From Piedmont
The best shopping in Barcelona, from local fashion to foodie finds
These are the US states that require or recommend travelers to quarantine