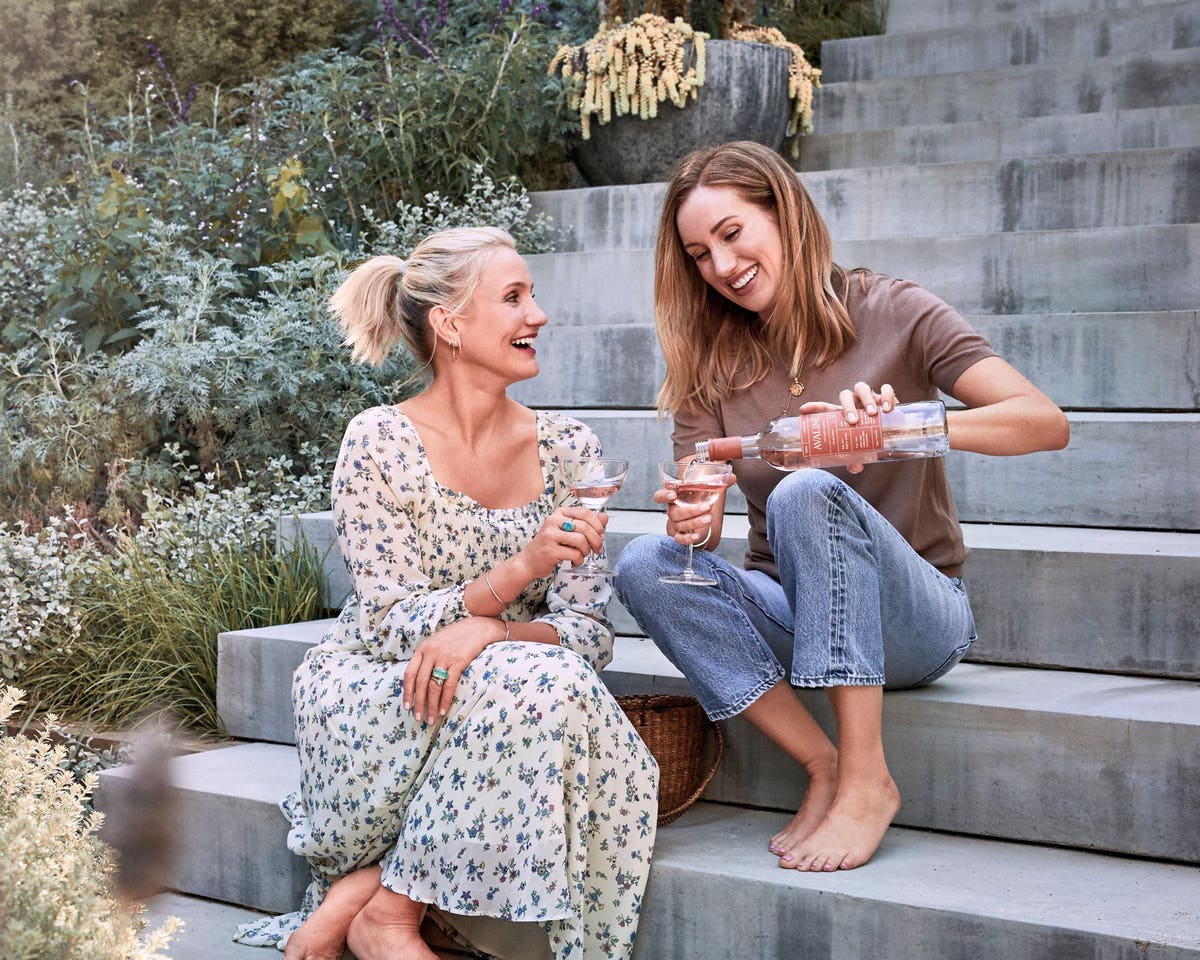 This week, actress and wellness author Cameron Diaz announced the release of Avaline. Labeled as a ‘clean wine,’ the new brand consists of white and rosé offerings crushed from organic grapes, free of any undesirable ingredients such as sugars, colors, or concentrates. Fresh on the heels of marquee names like Snoop Dogg and Post Malone (who launched a red wine and a rosé, respectively earlier in the year) she’s the latest celebrity to enter the world of wine. It’s a space suddenly so dense it requires its own sub-categorization. But her motivations are quite unique. Along with co-founder Katherine Power, she hopes to steward new standards of transparency for American wine.

The Hollywood leading lady broke into the health and lifestyle space back in 2013 with the release of The Body Book. In it, Diaz chronicles the connection between nutrition and well-being through scientific and personal anecdotes. It quickly became a #1 New York Times bestseller.

But for all the consideration invested in the food she ate, like most wine consumers she remained blissfully unaware of what exactly she was drinking. This all changed after a fateful afternoon of sipping with her new friend—and eventual business partner—nearly three years ago.

“I enjoyed wine for many-a-year and never questioned it. Not once,” Diaz recalls. “I actually figured it was the most responsible alcohol choice because it was made with fermented grapes. But I had no idea of the process. One of the first conversations Katherine and I had about making a cleaner wine was ‘what are we going to add to it?’ We soon learned it wasn’t what you added, it’s what you didn’t add.”

In April of 2018 the duo began a journey of discovery, uncovering everything they could about viticultural from production to distribution. What they found was that the overwhelming majority of wines were made without organic grapes and could be legally adulterated with dozens of chemicals and flavoring components.

“What captured our attention was how there are so many additives put into wine because of bad farming practices,” Diaz tells Forbes. “Finding that out was infuriating.” The sudden awareness led the two to start proactively asking for clean and organic wines from their preferred retailers. Power recalls being met with nothing more than eye-rolls everywhere from grocery stores to luxury hotels and restaurants.

So they decided to take matters into their own hands. After agreeing upon the style of wine they wanted to bottle—a crisp and clean rosé and a mineral-forward, dry white—they set about sourcing it. It led them to family-run vineyards in France and Spain where their exacting specifications could be dependably met.

“I could go on forever about the vineyards and the science of winemaking but ultimately the most important thing to know is that it matters the way the grapes are farmed,” she adds, noting that locking in growers with aligned philosophies was one of the greatest challenges of the whole endeavor. “When you do it right from the beginning, you don’t have to make up for mistakes with unnecessary additives.”

You still need a wine that tastes delicious, though. And with Avaline, Diaz and Power have achieved this crucial objective. The white is crisp and refreshing; chilled it is a perfect pairing to summertime seafood and freshly-grilled poultry. The rosé has melon and strawberry notes familiar to Provence-style examples, though this one comes with a zesty and slightly tangy finish. Both bottles will retail online at wine.com—and at select retailers in 43 states plus D.C.—for a suggested retail price of $24.