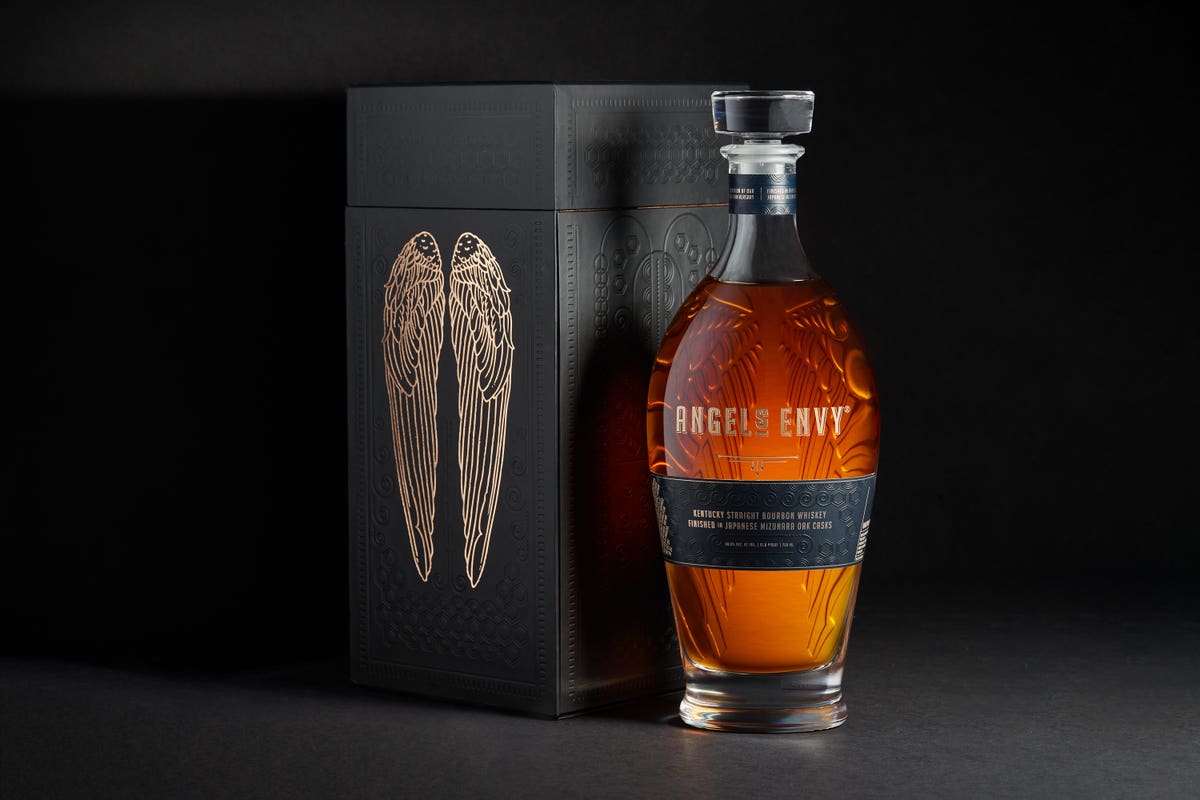 Over the past ten years, Angel’s Envy has grown from small craft curiosity into one of the biggest names in bourbon. It was on August 19th, 2010—to be exact—that industry luminary Lincoln Henderson and his son Wes poured their first stock of bourbon into port pipes. At the time, finishing straight American whiskey in other sorts of barrels was viewed as unconventional, to put it politely. Today, the practice has become commonplace. So to push the envelope further still, the brand is commemorating its first decade with a first-of-its-kind bourbon finished in Japanese old-growth oak.

Known as Mizunara in its native land, the wood is sourced from trees which are upwards of 200 years in age before they’re felled. It doesn’t come cheap. Not only are they rare, but the barrels built of its staves are notoriously difficult to work with. It takes the highly specialized skills of Japanese coopers to produce an air-tight cask worthy of carrying high-end liquids.

As a storage medium, it also requires a fair degree of patience. The basic rule is: the older the wood, the longer it takes to meaningfully impact spirit. Mizunara is a tasteful testament to the axiom. Whereas a typical whiskey finish—in, say, port or sherry casks—might take no more than 2-3 months, the newest Angel’s Envy release rested for an additional two years in the Japanese cooperage.

But when it works, it works wonders; often exerting all sorts of complex, sandalwood subtleties and aromatic nuances upon the resulting spirit.

“Mizunara is a delicate wood, both in its structure and its impact on the spirit during the aging process,” explains Angel’s Envy Production Manager, and third generation whiskey maker, Kyle Henderson. “We spent the last two years finishing with these barrels, knowing it would be a lengthy production process. The Mizunara barrels need time to show the incredible impact they have on the whiskey. After the two year finishing window, I expected the whiskey to have smoky, floral and spicy notes, but was surprised by the unique notes of apple we ultimately ended up with.”

Bottled at 97.8-proof, the limited release also exhibits notes of incense smoke, fresh ground pepper, and a hint of dark roast coffee upon the mid-palate. It fades from the tongue leaving a light trace of toasted oak in its wake. Rich in body, the drink is a mouthful, like it’s official title: Angel’s Envy Kentucky Straight Bourbon Whiskey Finished in Japanese Mizunara Oak Casks.

By the time you finish saying it, in fact, it might already be sold out. A limited quantity of just 1,200 total bottles is available by pre-sale to members of 500 Main—the brand’s official fan club, which you can sign up for here.

If you can’t score one digitally prior to the official launch on August 19th, you’ll have to line up at the distillery (presumably very early in the morning) on September 1st. The remaining allotment will be sold there and at select Kentucky retailers, with a strictly enforced one-bottle-per-customer limit. The $350 release comes packaged in a reusable crystal decanter, embossed with angel’s wings. A compelling touchstone, it serves as reminder that this innovative brand seeks to soar ever higher in the decade to come.

China Says It Wants Less Aussie Wine, But Drinkers Say More Please
Antarctica, the only continent without coronavirus, braces for summer rotation
The “Need To Feed”; Food Insecurity Rages On During COVID-19
Presidential campaigns take flight in the age of the coronavirus
British tech workers are moving to warmer countries as winter approaches