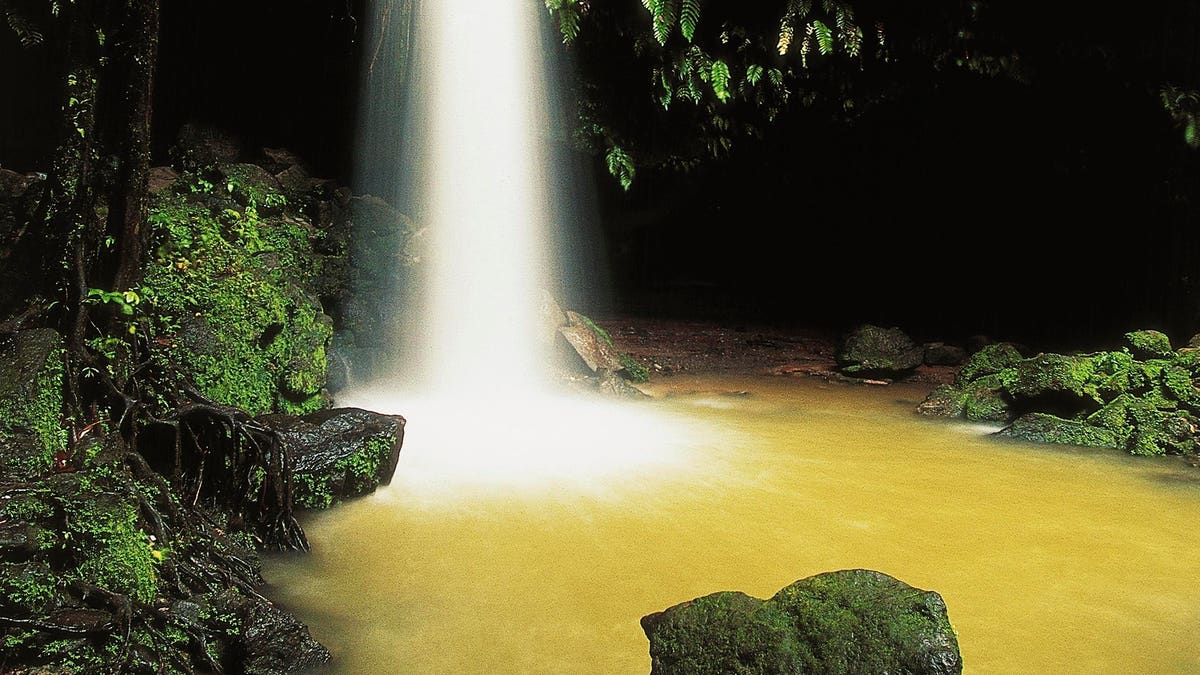 Dominica’s commitment to climate resilience— through renewable energy, organic agriculture, ecotourism, sustainable infrastructure and a culture of eco-consciousness— has provided a strong strategic and ideological underpinning for the Nature Isle’s social and economic development.

In March, during the pinnacle of the tourist high season, COVID-19 forced the Eastern Caribbean island into lockdown and while only 18 people have been infected to date, all of who recovered, the tourism sector was forced to pick up the pieces.

Luckily, Dominicans know a thing or two about resilience.

No stranger to navigating crisis or to the devastating impacts of climate change, after being mercilessly decimated by Hurricane Maria in 2017, Dominica rebounded within two years, becoming the fastest growing economy in Latin America and the Caribbean, according to Economic Commission for Latin America and the Caribbean of the United Nations (2020).

Determined to become “the world’s first climate-resilient nation,” government’s priorities during the pandemic have been to safeguard its people while making plans to reboot the eco-tourism sector and develop climate resilient homes and infrastructure to support environmentally responsible growth, much of which is being funded by one of the most prestigious Citizenship By Investment (CBI) Programmes in the world.

Dominica’s Citizenship By Investment Programme is the backbone of its green growth strategy. The CBI’s Economic Diversification Fund is fuelling development projects such as hurricane-proof public housing and a geothermal plant that promises to provide clean energy to 23,000 homes. Would-be citizens also have the opportunity to support the development of the ecotourism sector by investing in select properties, such as The Residences at Secret Bay, a limited luxury collection of fully appointed, sustainable residences.

Dominica’s tourism product is a “natural fit” to the vision of its leadership. Famed for its biodiversity, the second largest boiling lake on earth, active volcanoes, black sand beaches, heavily protected rainforests and the Eastern Caribbean’s first UNESCO World Heritage Site, the Morne Trois Pitons National Park, the Nature Isle is a haven for eco-enthusiasts and environmentally conscious travellers.

Last year, The Financial Times fDi Intelligence service FDI Strategy Ranking selected Dominica as one of the top 20 tourism destinations of the future, placing the island in two awards categories: ‘Ecotourism’ and ‘Health and Wellness Tourism.’

And in July, as many regional hotels began to reopen their doors amid uncertain circumstances, Dominica’s Secret Bay Hotel was named the No. 1 Resort Hotel in the Caribbean, Bermuda, and the Bahamas in Travel + Leisure World’s Best Awards. This is a success that proprietor, Gregor Nassief credits to the Green Globe Certified hotel’s unwavering commitment to responsible luxury and sustainability.

Basking in the light of well-deserved global recognition, Dominica’s government has been making plans to open borders to all travellers on August 7th. Strict protocols have been enforced around entry, hygiene and social distancing and the tourism sector has been briefed on safety standards and operational best practices. Properties such as Secret Bay have been waiting for months to open their doors to visitors.

“As an all-villa resort, Secret Bay was designed around social distancing before it was a buzzword,” muses Nassief of the property’s freestanding cliff top accommodations, spread across acres of rainforest at a density of structures to land of less than 10 per cent.

In time for reopening, Secret Bay is launching a StayWell Program that supports holistic health and wellness, safety and responsible luxury. In addition to surpassing all of the sanitising and disinfecting protocols, Secret Bay is introducing immune-boosting remedies like morning wellness “shots” consisting of turmeric, ginger, moringa, kale, cucumber, wild honey, beetroot, local oranges and pineapples, and a superfood turndown.

Secret Bay has also launched a backyard garden program, inspired by the Ministry of Agriculture’s backyard garden initiative that was introduced as a way for families to sustainably support themselves during COVID-19. Each villa has its own garden where guests can forage for provisions like assorted herbs, Asian leafy greens, chives/spring onions, lettuce and tomatoes.

In November 2019, at a pre-independence speech, Prime Minister Skerrit reminded Dominicans of how far they had come.

“We are back. Our country is on the cusp of a very exciting and dynamic period,” he declared.

“In Dominica we have much for which to be thankful and to give praise. First and foremost, we are no longer the Cinderella sibling of the Caribbean family; we’re up there with the brightest and the best.”

What it’s like to be a lighthouse keeper
Airline stocks fall after EU leaders impose travel curbs within the bloc
Nine amazing luxury hotels in Northumberland, from historic halls to medieval castles
Pizza Hut Jumps On The ‘Fastest-Growing Trend In Pizza’ With New Detroit-Style Offerings
Spanish Priorat Earns Prestige Thanks To Entrepreneurial Winemakers