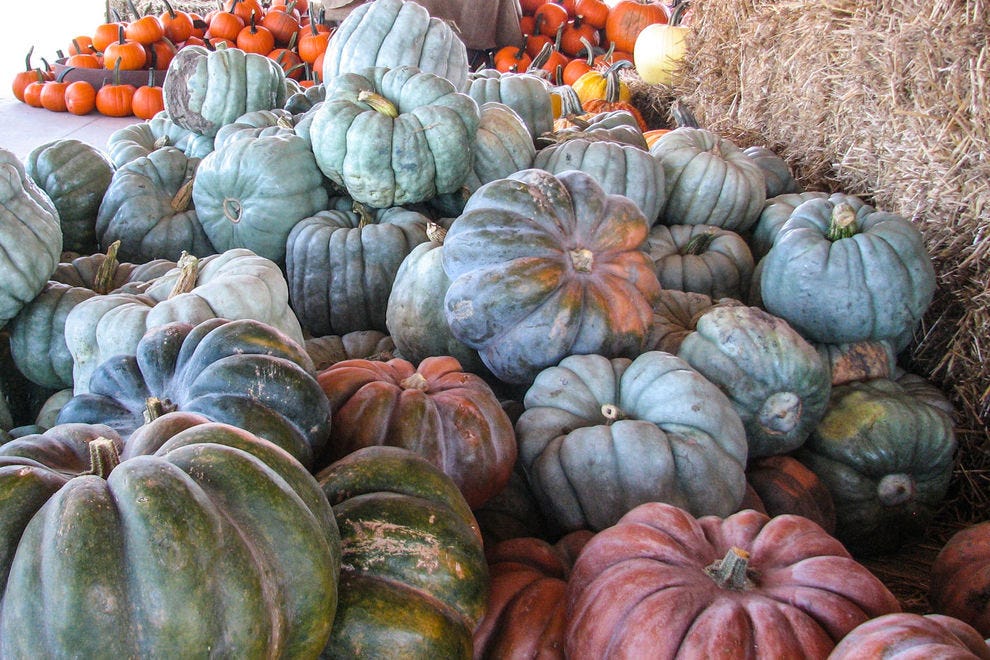 If you want to bring a bit of autumnal flair to your table, nothing says fall feast like pumpkins! The pumpkin’s gorgeous orange hue makes any dish it’s added to as visually appealing as it is appetizing. Pumpkin pies, pumpkin spice, pumpkin soup – there are plenty of ways to enjoy this fruit.

Since pumpkins are part of the squash and gourd family, there are plenty of varieties to choose from and new breeds being introduced to the market. But which pumpkins are good for cooking? You can’t just roll up to a garden center or farm stand and grab a decorative pumpkin. Here are ten pumpkins that are meant for the kitchen. 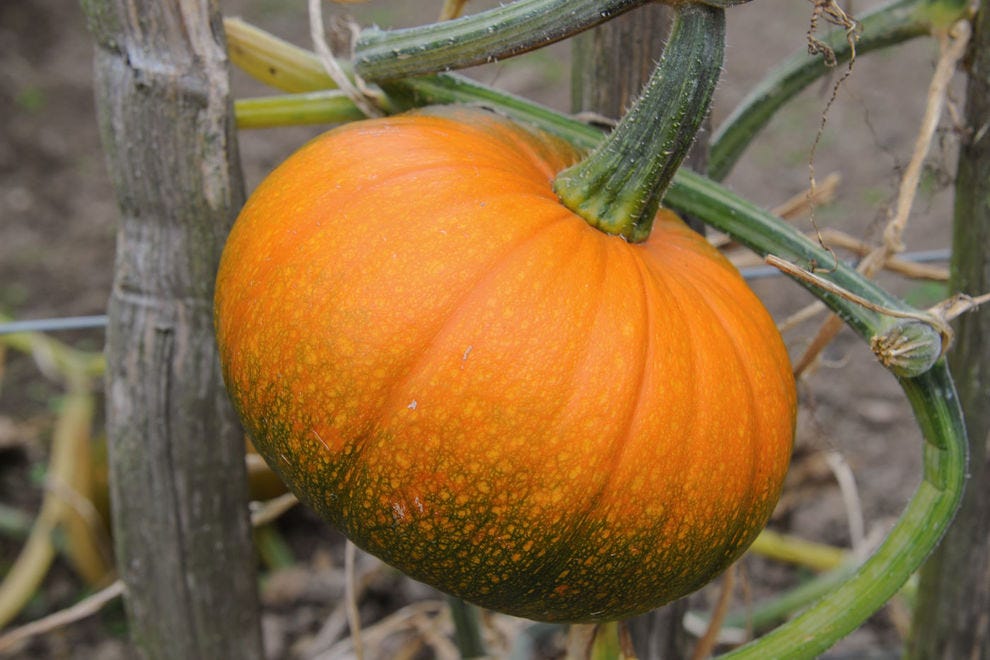 The Baby Bear pumpkin is a classic small pumpkin. It’s perfect to cook with if you’re planning on roasting a whole pumpkin, stuffing the pumpkin or using it as a bowl for soup, since it has such an iconic appearance. 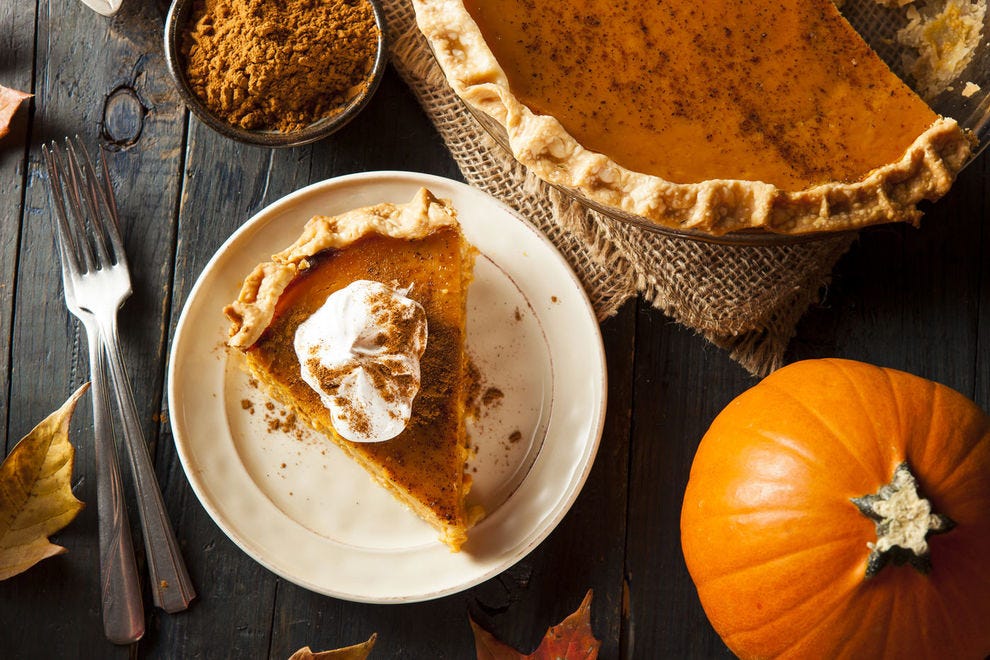 Also known as pie pumpkins or sweet pumpkins, the sugar pumpkin is perfect for pies because they aren’t as stringy and contain less water than other pumpkins.

As their name indicates, the sugar pumpkin can be quite sweet compared to other pumpkins. But it’s a mild sweetness that’s not overpowering, so you can either play up that sweetness in a pie, or dial it down with a dish that’s more savory. 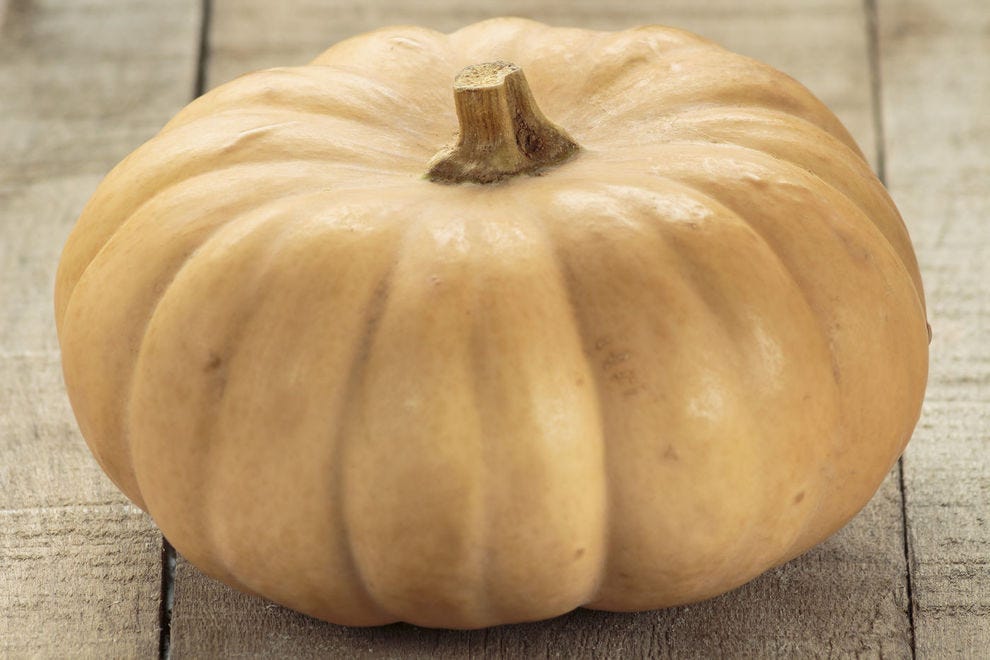 The butterkin gives you the best of both the butternut squash and pumpkin worlds! — Photo courtesy of Getty Images / DarioZg

A cross between a butternut squash and a pumpkin, the butterkin has the light color of a butternut squash on the exterior and the round shape of a pumpkin. They stay relatively small, weighing around 2 to 4 pounds, and when you cut them open, you’ll find a dark orange interior that is sweet and smooth.

The butterkin is pretty versatile. They’re great for roasting whole, cutting open and adding to salads or casseroles, and can be blended perfectly to make a creamy pumpkin soup.

White pumpkins have found their place on many porches over the years, looking extra festive placed on top of hay bales and next to other harvest gourds.

Despite being white on the outside, Casper pumpkins are actually bright orange on the inside! They can grow as large as 10 to 16 pounds, so if you’re making a pumpkin feast for a large family, a Casper pumpkin will have you covered.

There’s nothing cheesy about the Long Island Cheese pumpkin. It just looks kind of like a wheel of cheese. They’re tan in color like a butternut squash and are more wide and flat than an average round pumpkin. They’re not commonly found at grocery stores and are a rare find at farmers markets, but you can grow them from seeds in your own garden. 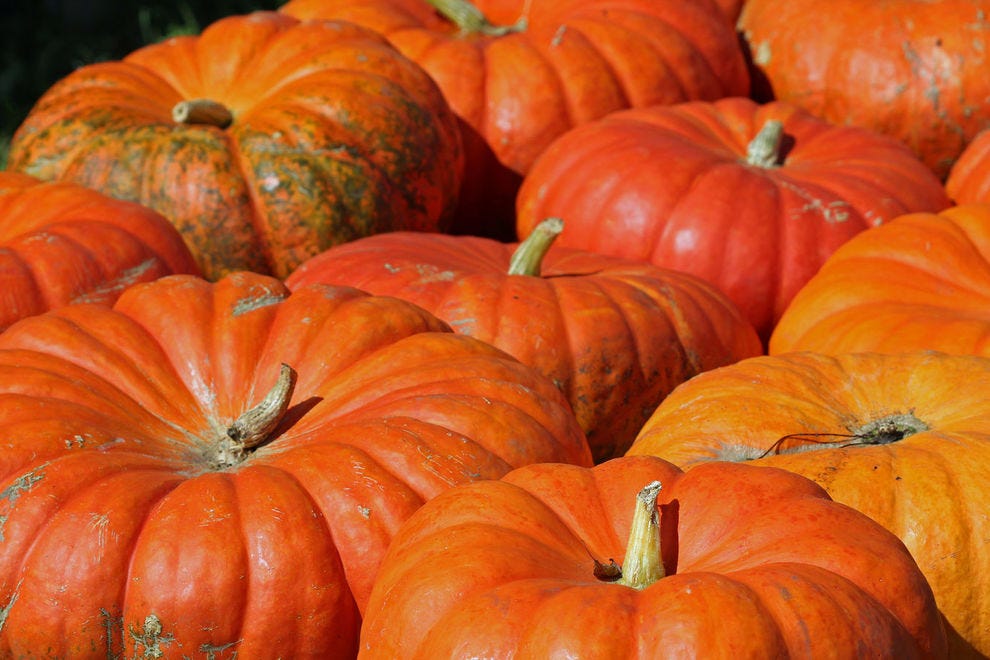 It’s quite wide and flat, with a more exaggerated shape than the Long Island Cheese, and it’s a very bright orange color. They’re quite moist, so they’re perfect for pumpkin soup.

If you’re a fan of eating pumpkin seeds, this pumpkin is wonderful for slow-roasting tasty seeds.

Cultivated by Howard Dill, this gigantic pumpkin was bred specifically to win a giant pumpkin contest. If you’ve ever been to a county fair where there is a pumpkin growing contest, it’s usually the Dill’s Atlantic that wins the blue ribbon.

Dedicated farmers can get these pumpkins to grow as large as 1,500 pounds! To get them to grow so big, they need extra water which means their creamy flesh is great for purees, soups and stews.

Though pumpkins are native to North America, this pumpkin was cultivated in New Zealand. The Jarrahdale is squat like the Cinderella and Long Island Cheese pumpkins, but has blue-green skin. Unlike other pumpkins where the flesh is stringy to some extent, the Jarrahdale pumpkins are not stringy at all, making it an incredible pumpkin for roasting.

The name fits perfectly! This pumpkin is a red warty thing. The bumpy red skin is quite hard and difficult to remove, but the flesh is incredibly dense making it a good pumpkin to roast whole or cook in chunks. Because it’s such a hard and dense pumpkin, it stays fresh for a few months as long as it’s stored properly.

Restless Americans map out road trips despite misgivings
THE TRUTH ABOUT MY PHOBIA
Airline offers ‘mystery breaks’ to lure travelers back
The 6 most haunted places in Tennessee
SoftBank-backed GetYourGuide lays off around 100 staff, creates alumni doc to help them find new jobs