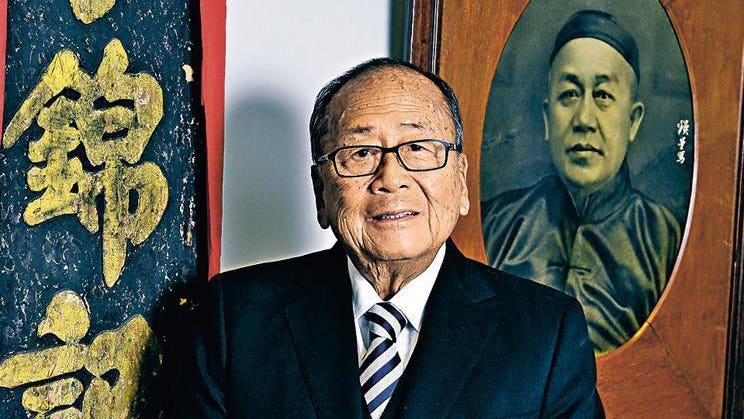 Billionaire Lee Man Tat—the chairman of condiments maker Lee Kum Kee who is known as the “King of Oyster Sauce”—has died at the age of 91.

Lee passed away peacefully on Monday, Hong Kong-based Lee Kum Kee said in a statement on its website. The statement described him as “an inspirational leader with a unique and forward-looking vision.”

“He constantly brought new insight and momentum to the group and successfully transformed Lee Kum Kee into a world-renowned sauce and condiment brand,” the company added. “He was committed to promoting Chinese culinary culture and health regimen and diversified the Group into a sustainable enterprise.”

With a net worth of $17.4 billion, the oyster sauce billionaire was ranked Hong Kong’s sixth wealthiest man when the Hong Kong’s Rich List 2021 was published in February.

Founded by his grandfather Lee Kum Sheung in 1888, the company has been renowned for selling more than 200 sauces and condiments including its signature oyster sauce to over 100 countries. In August 2017, the family expanded into Europe with the $1.7 billion acquisition of a skyscraper in London known as the Walkie-Talkie.

Lee Man Tat joined Lee Kum Kee over six decades ago to help his father and stepped up to become the company’s chairman in 1972.

He was mostly retreated to an advisory role in recent years, with one of his sons Charlie taking the helm to run Lee Kum Kee’s day-to-day operations.

Another son, Sammy, heads LKK Health Products, the group’s Chinese herbal-health unit that once struggled to survive in the 1999.